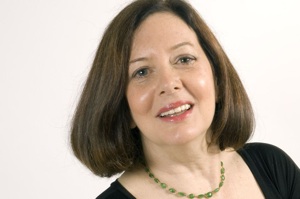 Jayne Cohen (JCohen0205@aol.com) writes and lectures extensively on Jewish cuisine and culture. Her most recent book, Jewish Holiday Cooking: A Food Lover’s Treasury of Classics and Improvisations (John Wiley), was named a 2009 finalist for a James Beard Foundation award in the international cookbook category. Publishers Weekly called Jayne’s first cookbook, The Gefilte Variations, “an outstanding debut,” adding that “few can explain the essence of Jewish food as charmingly and lyrically.”

Jayne loves improvising in her culinary mother tongue, and with guest appearances on radio and TV, demonstrating dishes like Savory Artichoke Matzoh Brie for Passover or her Grandmother’s Cold Fruit Soup in summer, she’s trying to dispel the myth of Jewish food as a culinary dinosaur or a dull and dreary, marginalized ethnic cuisine. 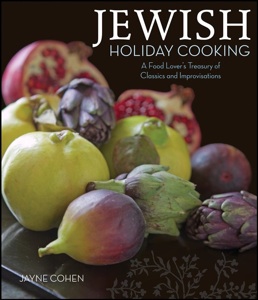 Jayne holds a B.A. in English Literature from City College of NY and a Master of Library Science degree from Pratt Institute. She lives in Greenwich Village.

To learn more about Jayne, go to jewishholidaycooking.com.