Steve (settlinger@mindspring.com) has been an author, editor, and book producer since 1985, and has helped create over forty books. Just a dozen of those titles account for over a million copies. Six books relate directly to food. He has written or edited books on ethnic cuisines, beer, and kitchenware, has contributed to web sites, and helped create the bestselling series, Wine for Dummies.

Ettlinger lived in Paris for six years, where he was Assistant Bureau Chief for Magnum Photos and also managed to eat at many of the world’s finest restaurants. He has previously worked as an assistant chef. He lives in New York City and is currently working on magazine articles and a television documentary about artificial ingredients. 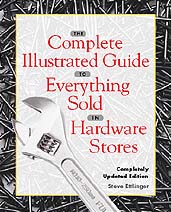 The Complete Illustrated Guide to Everything Sold in Hardware Stores. Order it now from Amazon.com.
Visit Steve's website at:
settlinger.home.mindspring.com 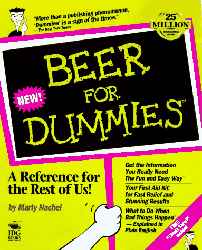 Beer For Dummies. Order it now from Amazon.com.