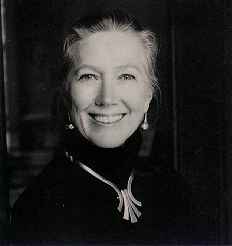 Like many another hard-core foodie, Betty Fussell, (bhfuss@aol.com),came to the food world by devious routes.

A PhD in English Literature, years of teaching Shakespeare and assorted classics, a passion for movies and movie history, some prime time acting in plays and musical comedies, decades of travel through foreign countries, raising two children, hundreds of cats, and an ex-husband---none of these seems particularly suitable for writing about food.

But in fact her love of the world’s diversity found a focus when she put together her typewriter with her stove.

Fussell is a writer who is also a home cook, one who loves the sensuousness of words as much as the sensuality of foods. As a writer, she sees food as a window into the culture, past and present, of America. As an historian, she sees any meal as a way of eating history on the plate. As a cook, she likes recipes that are simple, improvisatory, fresh, and tasty, something anyone could do with no more than a sharp knife and a skillet and a few good fresh ingredients. 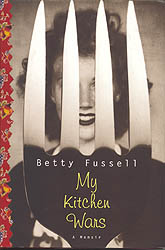 Her many cookbooks reflect these interests, from her first Masters of American Cookery (1984) to Home Bistro (1997). She is best known for I Hear America Cooking (1986 and 1997) and for the epic history of the New World’s native grain, The Story of Corn (1992), for which she won IACP’s Jane Grigson Award. Fussells' work is My Kitchen Wars (1999), was transformed into a one-woman show performed in New York City and Hollywood.

Fussell's latest book is Raising Steaks, The Life and Times of American Beef (2008). Betty is an IACP Cookbook Award finalist for this book.

A frequent performer on television, she is also a regular on the lecture platform at places as diverse as the Art Museum of Princeton University and the Dutch Treat Club of New York, with way stops at food organization conferences, marketplace demos, historical fetes, restaurant dinners---wherever good food is eaten and people want to talk about it.