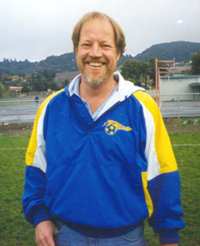 Food writer Jay Harlow (jayharlow@earthlink.net) is author or co-author of eleven cookbooks, including West Coast Seafood, The Microbrew Lover's Cookbook, Once Upon a Bagel, Beer Cuisine, The Art of the Sandwich, Shrimp, The Grilling Book, and The California Seafood Cookbook. His articles have appeared in several food and beverage magazines and newspapers, and his column on seafood, "The Fishmonger," ran for more than ten years as a weekly feature of the San Francisco Chronicle food section.

A former restaurant chef in San Francisco and Berkeley, he has taught cooking classes around the country and made numerous television and radio appearances. In 1990 he and his wife, writer and editor Elaine Ratner, founded the cookbook publishing firm of Harlow & Ratner. Prior to working in restaurants, he worked in the retail wine business, and later as the first administrative director of the American Institute of Wine and Food. His website can be found at: www.jayharlow.com.