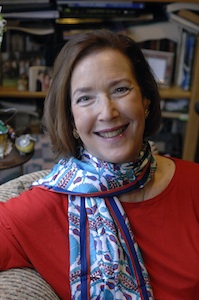 Bringing the flavors of the world into homes and kitchens is Sheilah greatest gift. As the author of 26 delectable cookbooks and a culinary instructor, and culinary lecturer, for more than 40 years, Sheilah has shared her great passion for richly flavored, no-fuss food and cooking with thousands of home chefs across the nation.

Known by students and home chefs as the spokeswoman for all things “fearless and fussless,” Sheilah brings to the table uniquely refreshing and creative recipes that are practical and easy while maintaining a delicious elegance. With her many helpful hints and tips Sheilah removes the intimidation from cooking and entertaining. In her books, The Turkish Cookbook Regional Recipes and Stories (Interlink), A Taste of Turkish Cuisine, and Sephardic Israeli Cuisine (Hippocrene Books) Sheilah shares with her readers the deeply beautiful tapestry of Turkish and Israeli food and culture, offering a multitude of delicious and healthy recipes that can easily be re-created in the American home and kitchen.

Few culinary instructors have achieved the culinary versatility that Sheilah has with her books and classes, spanning global cuisine from French and Mexican to Kosher and Mediterranean. From Alaska to Hawaii and Maine to Mexico, Sheilah has taught thousands of students who are endeared by her ability to teach all forms of cooking with humor and ease.

With her fearless and fussless series, including Sheilah’s Fearless Fussless Cookbook, (Delacorte, 1982), and her newest book UPPER CRUSTS Fabulous Ways To Use Bread and the new edition of SIMPLY IRRESISTIBLE: Easy, Elegant, Fearless, Fussless Cooking, Sheilah demonstrates the ease of entertaining with recipes taking less than 30 minutes preparation time while achieving stunning results. Recognized as an expert on entertaining, Glamour magazine noted, “If you like to entertain, Sheilah’s Fearless Fussless Cookbook, should be your best friend.”

A popular lecturer and expert on Mediterranean cooking and an expert on Jewish culinary traditions and history, Sheilah has been an invited guest speaker for Epcot’s Food and Wine Festival, the Smithsonian Institution, Marriott at Montgomery College, and the Jewish Museum of Montreal. She also lectures around the country on different culinary topics.

A prolific writer and editor, Sheilah is the food editor for Popular Anthropology and the Maryland chain The Town Courier; in addition, she is a free lane writer. She has written for numerous magazines and papers, including Vegetarian Time , The Washington Post, Tampa Tribune, The Jewish Journal of Greater Los Angeles, and the Baltimore Sun. She is a contributing editor to a number of papers in the USA, including Repast. She was the fancy food and gourmet editor for Gift and Dec Magazine for more than 20 years. Sheilah has developed recipes for Beatrice Foods, Dickinson/Smucker’s, Gourmet Delight, Sunsweet, and is known for creating “The Cheater’s Diet” for Walden Farms.