Karen Leland (kleland@scgtraining.com) has been a self admitted foodie for the past twenty-five years. She has studied cooking in Italy, France and the Untied States. She has written three books, which have sold over 250,000 copies. In addition, Karen has written for such publications as the San Francisco Chronicle, Go Magazine, Via Magazine, Bottom Line Personal, Sales and Marketing Magazine, The Marin Independent Journal, The Bay Area Business Times and many others.  She writes a monthly food column titled A Small Slice for the Main Scope Syndicated Newspapers. She is currently at work on a memoir/cookbook.

In addition to her work as a writer, Karen is the co-founder of Sterling Consulting Group (www.scgtraining.com) and has worked with clients around the world including AT&T, American Express, Oracle, Marriott Hotels, Johnson and Johnson and many others. She is a frequent guest of the media and has been interviewed by over 100 tv and radio shows including ABC, CNN, NBC, Fox, CNBC and The Oprah Winfrey Show.

As the author of the bestselling book Customer Service For Dummies and Watercooler Wisdom: How Smart People Prosper in the Face of Conflict, Pressure and Change, Karen is a much sought after keynote speaker, and has delivered hundreds of keynote presentations to a wide range of groups including: The American Management Association, The American Society of Consumer Affairs Professionals, The Bakersfield Business Conference, The Direct Marketing Association and The Young Presidents Association. 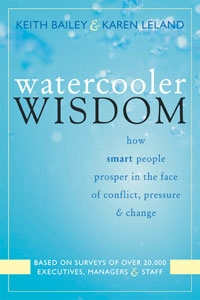 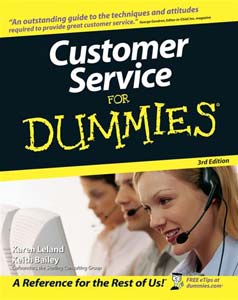