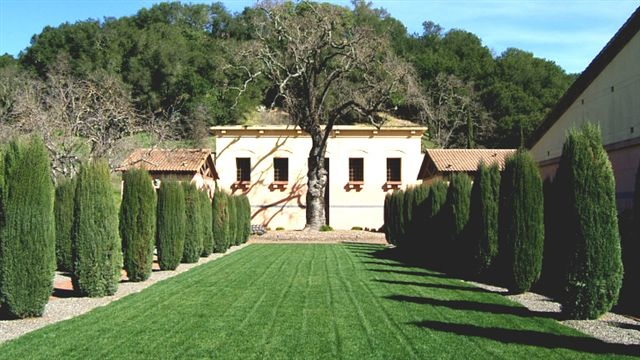 My very first wine tour of “The Valley” took place a couple of years ago.   I had tasted my first sip of premium Napa Cabernet, just a few months prior, at a holiday luncheon.   The inspiration of such superb flavor spawned my trip.  I found a map on the Internet which located and named many of the vineyards and wineries across this mountain guarded region.   The confusion which resulted from my exposure to so many places, pulled me into a frenzied Google Search of those which I thought would be “fun” to visit, due to their beautiful architecture.   Thus, “building style” would be the largest determining factor upon my selection of where to visit.   Without any trusted friends who could guide me in another direction, how else was a Commercial Builder to decide?   As anticipated, each website had exquisite descriptions of their wines, with notable “Robert Parker or Wine Enthusiast” ratings and beautiful vineyard/winery pictures.   I had to start somewhere. 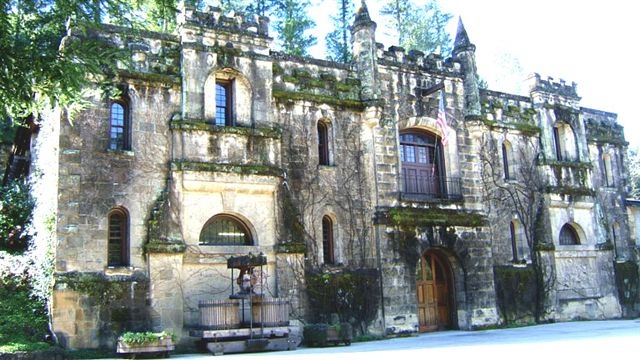 I picked out Chateau Montelena, Clos Pegase and Quintessa, from their impressive website photos.   I also wanted to visit Beaulieu, because its Reserve vintage had been the wine which had “opened my eyes” initially.   Not knowing how many I could reasonably visit in a day’s time, I started searching for the other important component… the person who could take me to these locations.   At the time, I had not yet discovered the magic of Garmin GPS devices, so a tour guide was definitely in order.   I combed through Google’s listings, and found the most accommodating was a company called Beau Wine Tours.  My business partner and I could be picked up in San Francisco by a driver in a Town Car and shuttled around to all the places I wanted to visit.   Talking with their very helpful booking representative, I discovered that their driver (John – known as “the Teacher”) was a very knowledgeable resource who could listen to my preferences and offer suggestions of other stops to make.    I was game. 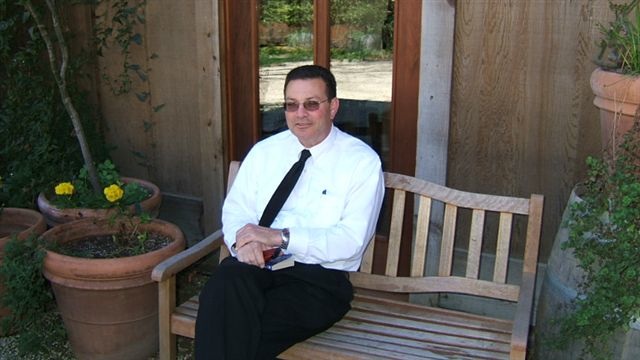 The tour went beautifully.  John made all the calls and appointments (having numerous wineries programmed into his cell phone) after picking us up at the front door of our San Francisco hotel.   There were tours and tastings all day long, with a wonderful stop for lunch in St. Helena at a restaurant named Martini House.  Expensive?  Relatively.   Memorable?  Without a doubt.  It was February and the yellow flowering mustard plants covered the vineyards.  Breathtaking views were abundant.

Although the wineries I chose were indeed beautifully constructed, it seemed that their Cabernets (very pleasant tasting, indeed) were priced beyond reach for my every day consumption.  John’s suggestions of Sullivan and Trefethen were very palatable and more affordable.  Both had very comfortable wine tasting settings and staffs of extremely down-to-earth, friendly people.  Sullivan’s noteworthy greeters were two Golden Retrievers named Boe and Zsa Zsa.  Trefethen’s highlight was a lovely girl named Shannon, who knew no strangers.   There were no hints of wine snobbery in these establishments.  We were welcomed for the eager-to-learn novices that we were.

We concluded the day with a Del Dotto Wine Caves tour.   From the moment that the host started dipping a large glass tube (called a “Wine Thief”) into open barrels and pouring samples into the glasses of every participant in the tour, I started to cringe.   The wines were tasty enough, it was just the thought of the germs that we all were compelled to share, as the Thief clinked against the drinking surface of every reused wine glass in the room, and returned to the barrel for refills.  I know it was probably just (obsessive/compulsive) me who even noticed.   Most of the participants were already “three sheets” by that late time of day, so to them it was a wondrous experience.   We departed the tour early.

John drove us back into the City and was rewarded appropriately for the great services he had performed.   For a first time visit to Napa and its wineries, I highly recommend this approach.   After becoming acclimated to the area, its roads and its traffic patterns, renting a car accompanied by a GPS works just fine, that is, if you are not inclined to over-indulge throughout the day.   California’s “finest” are always strategically positioned along the roadways to make certain that drivers who are over-served find their way into confined quarters for the evening. 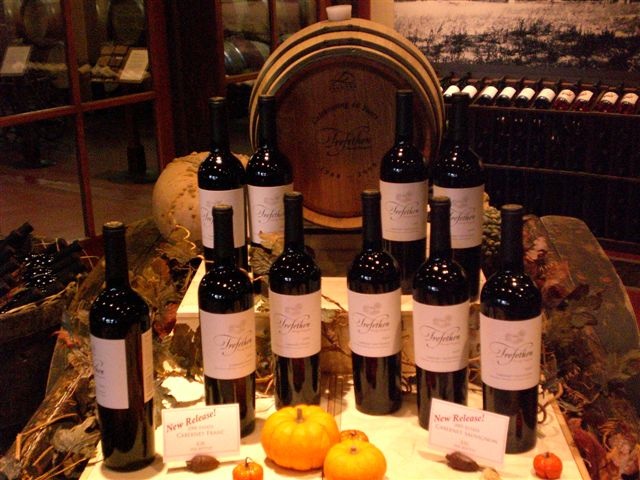 The pictures I took of the trip were compelling, so much that my wife who had opted not to go with me, fearing that alcohol consumption (not her sport) would be the predominant theme.   Yet, hearing tales of Martini House, the quaint shop-lined Main Street of St. Helena and the monster sea lions which had taken over a portion of Fisherman’s Wharf (back in S.F.), she indicated an inclination to travel with me on my next visit.   Yes!!!  This was the “green light” I needed for a return.   Another trip would be scheduled, and very soon.   (More to come, as the second visit unfolds…)