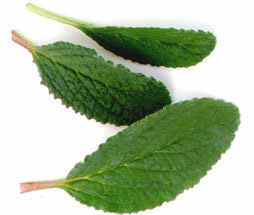 Borage, Borago officinalis, is a gangly, airy plant growing up to about 2 1/2' high and about 2' wide. The leaves are wrinkled, long ovals, covered with prickly little hairs. The leaves are in clumps at the base. The flower clusters sit atop long hollow prickly stems which come out of the leave base. The flowers themselves droop, as if in need of water. All in all, borage sounds like an unattractive weed. Until you come to the flower itself. The heat of summer brings it out and abruptly this ugly duckling plant is covered with the most vibrant, star-shaped blue flowers.

It is these bright blue flowers that borage is known for. (Although I have never seen them, borage flowers come in pink and lavender as well according to some references.) All parts of the plant have a refreshing cucumber flavor, but because of the thistly hairs, the stem and leaves are rarely used. Naturally there are some exceptions. Adventurous chefs have been known to add blanched leaves to salads as a substitute for spinach. In Latin American, the leaves are used in a tisane to help lung problems. Chinese chefs have been known to use the leaves much as others use grape leaves: stuffed and rolled. Germans add the leaves to stews and court bullions. And in England, the gin based drink, Pimm's No.1, has borage as one of its important ingredients.

To use the fresh flowers, first remove the thorny back side. Be careful when picking the flowers: bees (along with other beneficial insects) are attracted to the hanging blossoms and often are hidden from view when they are gathering nectar. Rinse the flowers gently and pat them dry. They hold up well when refrigerated between two pieces of damp toweling.

I love to use borage flowers in the kitchen; the shocking blue color creates whimsical and eye-catching garnishes, as well as a fanciful way to add cucumber taste to a dish. They are a tantalizing garnish on canapes, smoked salmon ones in particular. They are also tasty on grilled onions sprinkled with balsamic vinegar; the color combination is dramatic. Try tossing them in a salad of baby greens and edible flowers. When using borage flowers in a salad, be sure to add them at the last minute -- as the dressing will cause them to wilt, and any vinegar will discolor the blossoms. Another colorful and tasty combination is shrimp and avocado, with a lemon vinaigrette and borage flowers. Candied or crystallized blossoms are also used as garnishes for cakes and pastries.

Some of the most vividly colored food combinations come after a stroll in the garden: bright red tomato soup garnished with thin slices of lemon, cucumber and borage or herbed gazpacho with borage flowers. A salad of sliced fresh mozzarella and tomatoes takes on a patriotic appearance with the addition of the azure tones of borage (good for either the 4th of July or Bastille Day, July 14th). I've even seen borage flowers pressed into a rectangular piece of soft goat cheese to represent the stars on the U.S. flag. The red stripes were made from pineapple sage blossoms.

Another way to use borage is to freeze the blossoms in ice cubes -- a simple and festive way to cool down summer beverages. Or simply sprinkle them in fresh. The Romans were the first to use borage in this way, usually sprinkling them into a goblet of wine. It was believed to drive away sadness.

Even Charles Dickens is reputed to have been particularly fond of borage punch- a rather potent concoction of sherry, brandy, apple cider, lemon, sugar and borage flowers.

From the earliest of times, borage is credited with inducing calm and fortitude. It was usually steeped in wine or brandy and given to travelers before a long journey, or to soldiers before battle. Some of the early Celtic names for borage make references to courage as well. Pliny called borage "Euphrosinium" because it "maketh a man merry and joyfull."

Nowadays, due to recent scientific research, borage is reputed to have medicinal properties. It contains a compound which helps relieve inflammatory conditions such as eczema when applied topically. In naturopathic healing it is said to have positive effects on the heart when taken as a tea in combination with hawthorne berries. It also reportedly balances the function of the adrenal gland, and is especially helpful following surgeries.

This wonderful, diverse plant is easy to grow. In fact, the hard part is keeping it under control in your garden; it self seeds very easily. To plant borage, just find a sunny spot in the garden and cluster the plants or seeds, since they tend to get leggy. The leaves are rather scruffy looking so I tend to plant the borage towards the back, with other plants camouflaging the lower parts, leaving the blossoms to take center stage. Borage is considered a hardy annual, sometimes surviving over the winter in the most temperate of regions. It thrives in bright sunlight, poor to moderate soil, and little water, thus making it a good choice for a drought resistant garden. Borage can also be grown in pots, as well as indoors. The key to a brilliant display of blossoms is plenty of heat and sunshine.

Easy to grow, drought resistant, low maintenance and stunning, tasty flowers -- no wonder borage is the perfect herb for the lazy summertime!

Combine all the ingredients except for the tomatoes and flowers. Slice tomatoes and arrange them, overlapping, around the edge of a serving platter. Mound the cucumber mixture in the center of the platter, just covering the inner edge of the tomatoes. Chill well, and place the borage flowers decoratively on the salad just before serving.