African American cuisine predominant in the southern United States is influenced by African styles of preparation and cooking.

African American food, known as soul food, is closely related to the cuisines of both AFRICA and the American South. African slaves brought many of their native fruits and vegetables to the Americas, including YAMS, watermelon, okra, and several varieties of beans, all of which were soon adopted into the diets of their owners. Slaves who were taken into the plantation owner’s house as cooks and household servants learned to combine their own food with their masters’ food. African American cuisine also grew out of the slaves’ resourcefulness in using the cast-off ingredients of the master’s meals. For example, they developed methods to cook parts of the pig not eaten by their owner’s family, feasting on the snout, ears, feet, tail, ribs, thighs (hocks), stomach (maw), and small intestines (which when boiled and fried are known as chitterlings, or "chitlins").

The West African diet featured starchy foods such as rice and yams, both of which became important parts of the African American diet. Although African slaves did not introduce rice into the Americas, their experience with rice cultivation in Africa helped make possible large-scale rice production in the Carolinas and the Gulf Coast states. Using both African and American cooking methods, African American slaves roasted, boiled, fried, and baked native yams and sweet potatoes. Sweet potato pie continues to be a popular Southern dessert. 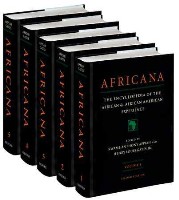 Beans were a major component of the African diet and were brought to the Americas by slaves. As in Africa, these bean varieties, including black-eyed peas, lima beans, and kidney beans, were typically simmered and flavored with a piece of meat. Another popular African import, the okra plant, was usually fried or boiled and is a principal ingredient in gumbo, a spicy Cajun dish that is associated with Louisiana’s Creole culture but has its roots in seventeenth-century Africa.

Chicken, fish, and goat constituted important sources of protein for West Africans. While Africans usually cooked these meats in stews or over flames, many slaves in America adopted the European practice of frying meat, which best prevented it from spoiling on road trips. Fried chicken was developed in the South during the nineteenth century and quickly became popular throughout the United States. In addition to chicken, the meats most widely consumed by African American slaves were pork, opossum, and raccoon.

In the eastern colonies the mingling of Native American, Anglo, and African cultures produced a hybrid cuisine that included, among other things, barbecue. Many of the Africans who came to colonial South Carolina arrived from the WEST INDIES, where, as linguistic evidence suggests, barbecue originated (barbacoa). Thus, enslaved Africans may have learned some culinary techniques, including barbecue, from West Indies. When cooking over a fire, American slaves began to baste their meats with sauce instead of serving the sauce on the side, as had been the practice in Africa. Regional differences in livestock availability caused "barbecue" to mean pork in the eastern United States and beef in the western United States.

The West African tradition of cooking all edible parts of plants and animals helped the slaves to survive in the United States. Although Europeans occasionally ate the leaves of plants, slaves often prepared the leaves of plants, especially collards, by simmering them in oil, peppers, and spices. They also creatively processed and cooked corn, the food most often made available to them by their owners. From corn, slaves made corn bread, grits (bleached and hulled corn kernels), hoecakes (cornmeal cooked on the blade of a hoe over a flame), and hush puppies (deep-fried cornmeal with onions and spices).

In spite of emancipation, urbanization, and migration to the cities of the North, African Americans have preserved their foods and cooking methods. In the twentieth century, African American foods have been produced for the mass market, and many celebrated soul food restaurants have opened, most notably Sylvia’s in HARLEM, NEW YORK CITY. Today, African American cuisine is heavily influenced by Caribbean and South American cooking, including dishes such as Jamaican jerk chicken and fried plantains, and bean dishes such as Puerto Rican habichuelas and Brazilian feijoada.

Ninety years after W.E.B. Du Bois first articulated the need for “the equivalent of a black Encyclopedia Britannica,” Kwame Anthony Appiah and Henry Louis Gates Jr., realized his vision by publishing Africana: The Encyclopedia of the African and African American Experience in 1999. This new multi-volume edition of the original work expands on the foundation provided by Africana. More than 4,000 articles cover prominent individuals, events, trends, places, political movements, art forms, business and trade, religion, ethnic groups, organizations and countries on both sides of the Atlantic.

Kwame Anthony Appiah is the Lawrence S. Rockefeller Professor of Philosophy and the University Center for Human Values at Princeton University. The groundbreaking Africana—now expanded to a five-volume set, unparalleled in scope, scholarship and accessibility