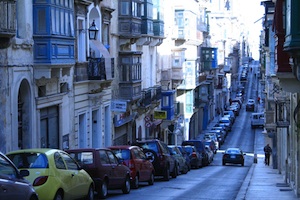 One of the smallest nations in the world, Malta still manages to pack a powerful punch for travelers, offering an eclectic mix of influences from all corners of the Mediterranean. Even better is the fact that Malta is still a bit off the normal beaten tourist path, providing a comfortable mix of affordability, charm, and historic scenic beauty.

Tucked away south of Sicily and east of Tunisia, Malta is composed of seven different tiny islands, although just three -- Malta, Gozo, and Comino -- are actually inhabited. The main island of Malta is made up of a network of small towns, which merge into one largely uninterrupted urban area, and is where most tourists go when visiting Malta.

Malta's geographic location between Europe and north Africa has resulted in it having a string of rulers over the centuries as different nations sought to control its strategic ports; at various times Malta has been controlled by the Phoenicians, Greeks, Romans, Sicilians, French and the British. Although Malta officially gained its independence from the UK in 1964, English is still one of its two official languages, with Maltese the national language. Malta officially became a republic in 1974 and joined the EU in 2004. 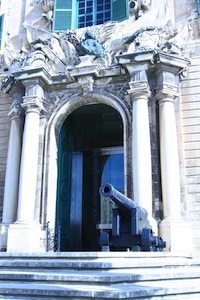 One unique aspect of Malta that many first-time visitors don't realize is that it's history stretches back far earlier than even the Greeks and Phoenicians, as the islands were home to a prehistoric people that built many stone temples and structures still standing today. Evidence suggests the islands were inhabited as early as 5000 BC, with the megalithic Ġgantija temples on Gozo built around 3500 BC, making them the oldest existing, free-standing structures in the world. The Ġgantija temples, the Hypogeum, and other temple and burial sites remain major tourist draws in Malta, with many listed on the UNESCO World Heritage Site list.

The theme of stone carries throughout Malta, as the landscape is dominated by churches, homes, walled fortifications, and cemeteries all built and carved from the native limestone. While trees are in short supply there's no end to the supply of stone, which has been put to good use throughout Malta's history in its buildings, streets, and stunning architecture of rising spires, turrets, and cathedrals. 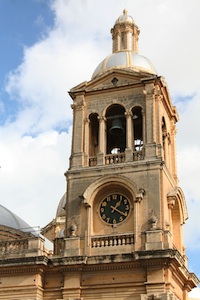 A visit to St. John's Co-Cathedral in the capital city of Valletta serves as great example, as the imposing square building looks very little like a church from the outside but contains much beauty within. Two Caravaggio paintings ("St. Jerome Writing'' and ''The Beheading of St. John'') are on display, and the entire inner surface of the church is an ornately carved and chiseled testament to Baroque art and the stonecarvers craft, with the native Maltese limestone a perfect canvas.

Valletta is the seat of government and contains many other noteworthy tourist destinations, including the Magisterial Palace of the Grandmaster (where the Maltese parliament meets), the Auberge de Castille, and the National Museum of Fine Arts and the National War Museum. Various gardens and theaters are also located around Valletta as well as historic forts and towers that served to defend the city throughout the centuries.

Valletta is also the central depot for Malta's ubiquitous fleet of distinctive orange buses, which provide very inexpensive transportation (one way fares are typically €0.45) throughout the island. Many buses congregate in the circular plaza just outside of Valletta, with routes going from there and back to all major areas of the island. About 500 buses service the island, with most bus drivers owning the buses themselves but operating on a set timetable.

As far as exploring other areas of Malta, like any destination it essentially boils down to the type of experience you're after as a traveler. With very inexpensive flights and package vacations deals available from many European cities, some use Malta as a quick weekend getaway, drawn in equal measures by the lure of sun, fun, and cheap food and alcohol. Many small restaurants and cafes dot the island, with entire meals (including dessert and wine or beer) for less than €10 per person, with a wide range of choices from Italian to French to Asian cuisine available.

If you're into the club scene and looking for a party destination, the Portomaso and Paceville areas are a perfect fit, as it's where most of the popular clubs and nightlife spots are located. While much of Malta is going to bed the action in Portomaso is just getting started, with clubs packed into the wee hours of the morning. As you might expect, it's a pretty young, boisterous crowd, so don't expect to spend a quiet evening at a patio bar sipping red wine.

That said, plenty of areas in Malta offer a much quiet, more laid-back atmosphere, including Sliema and St. Julian's Bay, both of which are known for plentiful shopping, cozy cafes, and trendy hotels. Many foreign expatriates live in Sliema, which lends it a more modern, cosmopolitan feel than some of the more historic towns in Malta or smaller fishing villages.

To truly experience the Maltese countryside, many travelers make the short half-hour hop by ferry to the island of Gozo to the north. Gozo is much less developed than the main island of Malta, giving visitors a chance to see what the Malta of old was like, as far as strolling through tiny fishing villages and small towns and churches where life is very similar to what it was like centuries ago.

The modern Maltese economy lends to a diverse population on the islands, as its accommodating stance on corporate formation and taxation has led many financial institutions and internet casino and video poker operators to establish operations in Malta. Many expatriates come from around the world to work for online gambling companies, giving Malta a more international flair than it might otherwise have. Malta is also home to numerous casinos, including the Portomaso Casino which regularly holds live poker tournaments that draw players from around the world.

English is widely spoken throughout Malta, with most signage and other documents in English as well, so there’s no language barrier for most Western travelers. You’ll hear a smattering of Maltese and Italian as well when you’re out and about but nearly everyone you encounter in day-to-day activities speaks very good English.

As far as getting to Malta, all flights go through Malta International Airport, with Air Malta the national airline; Ryanair and other low-cost airlines fly to Malta as well. Not surprisingly, the airport is on the small side, and be sure to arrive early when departing, as the lines to check luggage and get boarding passes can be very long with only a few service counters. Taxi rides from the airport to most locations throughout Malta are €25 or less.

The tiny size of Malta makes transportation around the island less of a concern than at many destinations, as much of Malta is within walking distance of major tourist areas. Car rentals are available at the airport and elsewhere but most travelers will find that a combination of their own two feet plus the many available buses will not only get you where you want to go but for a fraction of the cost of renting a car; taxis are also widely available throughout Malta.

If you don't want to blaze your own sightseeing trail, a variety of companies offer day tours of the islands of Malta, including stops in Gozo and Comino. These include fully-inclusive packages where transportation and meals are provided for as well as more casual hop-on/hop-off tours that travel a set route between major tourist destinations. Other companies specialize in diving excursions for those looking to enjoy some of the beauty of Malta that lies beneath the sea as well as above it.

Whether you’re looking for a quick weekend getaway or a lengthier stay to soak up the Mediterranean sun and explore a unique, historic landscape, the tiny nation of Malta has a bit of everything to offer. Give this hidden gem a chance the next time you’re looking to stray a bit off the beaten path and you definitely won’t be disappointed.