For most of us the ideal shooting or hunting car would be an all rounder, not unlike the famous cricketing legend Garfield Sobers.   The trouble is such a star doesn’t come along all that often.   Almost every manufacturer offers an estate car/station wagon or 4x4 that goes some way to fitting the bill but inevitably there are compromises along the way.

Enter the BMW X5.    Up there with the best of the luxury off road 4x4s the model has proved extremely popular since it first saw the light of day a decade ago.   The reasons are clear.   It’s a BMW so it drives like a dream.   Step inside and it gives you that satisfying feeling of sitting high off the ground and although it is not equipped with a low range gear box (perhaps BMW should try this) it does have clever enough electronics to offer a surprisingly good hill descent. But there are many more useful tricks up its sleeve.

The xDrive four wheel drive system supports traction control and brake pre-tensioning.   This means that stopping distance is shortened during an emergency stop because if it detects the driver lifting off the accelerator sharply in reaction to the incident ahead it primes the brakes!   In the wet it also dries the brakes.   And during a hill start there is no rolling backwards when you take your foot off the brake, or release the handbrake, in the short time it takes to apply the accelerator.  I could go on but suffice to say the further you get up the ladder with these four by fours the more they begin to electronically drive themselves – a bit like living with a Stepford wife!

We had a wonderful journey planned for this car.   Our destination was a country estate in Dumfriesshire where we are helping to plan a very special get together with the one and only Michel Roux. 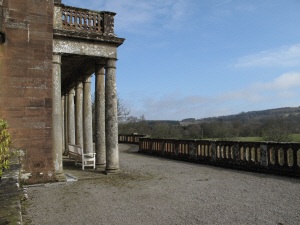 Organised by Edinburgh letting agent George Goldsmith this mouth watering shooting party will take place between the 3rd and 6th December 2009 at the beautiful and romantic Raehills in Dumfriesshire, a classic Georgian, Italianate mansion.   It is the home of Lord and Lady Johnstone, who will also be hosts for the occasion.   Chosen for the quality of its driven pheasant and partridge shooting, where bags of between 200 and 400 birds a day are laid on, the itinerary consists of two days of shooting together with an opportunity to spend time in the kitchen learning the Roux style of food preparation.   The pièce de rèsistance is a four course dinner prepared by the master himself.

As the proud owner of the Meilleur Ouvrier de France, the highest honour in the French art of patisserie, Michel Roux likes nothing better than to pass on his infectious enthusiasm for food.   But he is also a keen shot and an accomplished raconteur.   He will be accompanied by his wife Robyn.   With that in mind the aim is to attract couples for what promises to be a stimulating and most enjoyable occasion both in the shooting field and in the kitchen.

Michel and Albert, perhaps better known as the Roux brothers, began their love affair with all things British at Le Gavroche in London which was the first restaurant in the United Kingdom to be awarded three Michelin stars.   Later, in 1972, they brought fine dining to The Waterside Inn at Bray in Berkshire which for the last twenty three years has also held three unbroken Michelin stars.

During the eighties the Roux brothers decided to go their separate ways leaving Michel to concentrate on The Waterside where his son Alain is now Chef Patron.   “With a little more time on my hands I can now indulge in my favourite pastimes and one of them is shooting.   Scotland is the best place in the world for this and there is nothing finer than doing it under the roof of a wonderful house like Raehills,” said Michel.

Raehills has 7000 acres of stunning countryside where birds are shown from mature woodland, high ground cover crops and open moors; with guns standing in gullies and valleys it offers the most challenging of shooting. 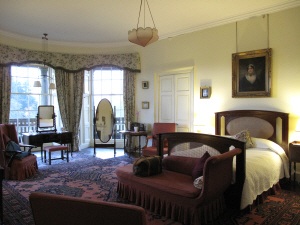 Meanwhile deep baths and gargantuan rooms with four poster beds wait to greet you.   Log fires burn brightly and the deep glow of antique mahogany is everywhere.   Above all there is that overwhelming feeling of being invited into the Laird’s home with the added and almost unbelievable bonus of Michel Roux as the chef!   The all inclusive price to include shooting, all meals, wines and spirits is £1,950 per person inclusive of VAT when booked as a couple.   Transfers can be arranged from Glasgow or Edinburgh airports and train stations.

Meanwhile back with the X5 the 3 litre diesel version is the one to go for, but you might prefer the 3 litre petrol or the flagship 4.8i developing 355 hp.   Zero to 62mph in the diesel takes just over 8 seconds with a combined consumption of around 32 mpg and a top speed of over 130 mph.   Enough for most of us and the remarkable Stepford, sorry steptronic, automatic box and electronic gear selector allows you to change gear manually if you want to.   It all makes for a cutting edge vehicle.   I thought the ride was a little hard, except when cruising effortlessly on the motorways, but in over 800 miles of driving in all sorts of conditions there was very little to moan about.

The diesel engine is something of a wolf in sheep’s clothing.  Powerful and effortless it catapults you past anything you wish to overtake and eats up the miles on a long journey.  On some bumpy and at times tricky estate roads in Dumfriesshire it performed well and charged up a sloping field with no trouble at all.   One of my must haves in a shooting car is somewhere to sit when you open the boot.   The X5 achieves this admirably with the split tailgate.   You can also picnic or rest your gun on it or indeed lie back and stretch out in it.   All very rejuvenating for the legs after a tiring day in the field!