the paradise called sicily in italy 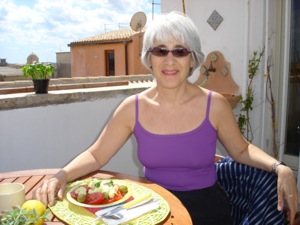 Nothing I’d heard or read prepared me for the generous hospitality of the Sicilians, the staggering beauty of the land, and a cornucopia of ingredients so bursting with flavor that I experienced a heightened level of taste.

Sicily has pulled me towards her for as long as I can remember.  During the seventies, my Italian friend Pietro described a perfomance of Aeschylus in Taormina’s ancient Greek open-air amphitheater, and I knew I had to go there. Decades later, an American scientist returning from a conference in the medieval hill town of Erice, spoke rhapsodically of its narrow winding  streets and far-away vistas of the salt pans of Trapani.  I immediately added Erice to my Sicily must-see list. There are so many amazing things to see in Sicily, it's no wonder why it's among some of the most popular Italy tours. 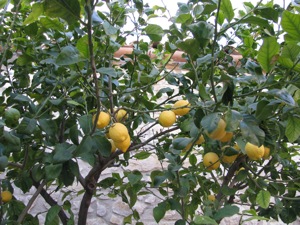 And then, of course, I’d read about Etna, the awe-inspiring, active volcano with the devastating temper.  And the layers of civilization resulting from Greek, Roman, Arab, Norman, and Spanish conquests:  temples better-preserved than their Greek counterparts, Roman mosaics judged the finest in the world, orange and lemon groves planted in profusion by the Arabs, towering cathedrals built by brilliant Norman and Spanish architects and craftsmen.

And how I longed to see and taste the world-famous marzipan fruits prepared for centuries by cloistered nuns, and described in such loving detail by Mary Taylor Simeti in Bitter Almonds—each apple, peach, and pear a miniature work of art. By last spring, the pull to Sicily became so strong that I booked a ticket for a two-week vacation to this magical island.

The trip did not have an auspicious beginning: when we landed in Palermo, my luggage was nowhere to be found. After my sweetie and I extricated ourselves from the Lost Luggage office, we drove to our rental apartment in Cefalu, a low-key resort town on the north coast, about ninety minutes to the east. 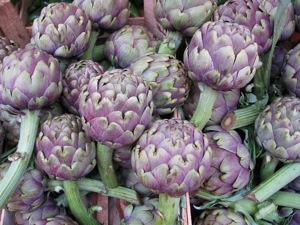 It was then that Sicily began working her charms. Right in front of the apartment, we spotted an enticing Italian specialty food shop and trattoria called La Trinacria (the ancient Roman name for Sicily--a reference to the island’s triangular shape).  After ordering a spirit-lifting espresso—you can’t get a bad cup of coffee in Sicily--we told the friendly owner, Salvatore, about my wayward suitcase. He immediately offered his cell phone as a contact number and his shop as a drop-off when (and if) my luggage was located.

Before we quite knew what was happening, Salvatore adopted us, offering to prepare breakfast, lunch, and dinner.  “What would you like me to cook you for dinner tonight,” he asked each morning when we stopped in to say hello.  Then, answering his own question, he’d say:  “I’ll buy what looks best when my fisherman friend stops by.”  Among the flavor-packed, home-cooked meals we enjoyed, the spaghetti with a gently briny sauce based on neonatale, (just-born anchovies) was especially memorable.

After four delicious, relaxing days in Cefalu, we headed towards our next apartment rental in Ortygia, the ancient city of Siracusa on the southeast coast. En route, we drove through the hills of the Parco delle Madonie nature preserve, a rugged landscape softened by brilliant pockets wildflowers at every turn. 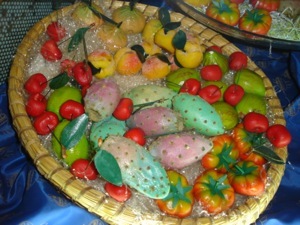 We stopped for lunch at Nangalarruni, a restaurant in the mountain village of Castelbuono that featured wild mushrooms.  There we feasted on an appetizer of mixed raw mushrooms, sliced paper-thin and tossed in a lemony vinaigrette.  Then came a hearty mushroom stew dotted with pork sausage and half a dozen other imaginatively prepared dishes.

To walk off our gluttony, we began strolling through the village.  In the window of a small coffee bar, I spotted a colorful miniature painted cart, pulled by brightly plumed donkeys. We went in to purchase this quintessential Sicilian souvenir and, when he was ringing up the sale, the owner proudly asked, “Would you like to taste the best gelato in Sicily?”  We said “sure,” thinking that he was offering a small free sampling.  Soon we found ourselves gorging on a sweet brioche stuffed with what proved to be the best hazelnut and chocolate gelati of the trip—even better than the famous gelati of Noto.

This was the first of many incidents proving to us that Sicilians are delightful seductively salespeople, justifiably proud of the superb, elegantly packaged products they sell.  We ended up tasting and buying many more regional food specialties than we’d intended -- salted capers, roasted artichokes, bitter orange marmalade, the reddest and thickest sun-dried tomatoes we ever saw.  But even though we had to buy an extra suitcase to lug the stuff home, we haven’t regretted a single purchase. 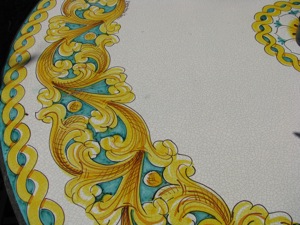 Our next stop was Caltagirone, a town famous for its hand-painted Majolica ceramics. We had already seen many examples of this work-- exuberant plates, planters, and sculpted cornucopias of fruits and vegetables--and at first found the colors too bold, the designs too rococo. But gradually our eyes widened in the bright Sicilian sun and, after seeing mile upon mile of lush orchards festooned with oranges and lemons, we came to appreciate and love the abundance depicted in Sicilian ceramics, again buying more than we could easily carry home.

After stopping to inspect the charming, lifelike Roman mosaics at a villa in Piazza Amerina, we arrived on the outskirts of Siracusa.  Only residents can drive within the ancient part of town, Ortygia, so Chiara Carbone, owner of the apartment we’d rented, greeted us exuberantly in the public parking lot with hugs and kisses on both cheeks.  (No, we hadn’t met her before.)

We happily settled in to continue the food-lovers adventure of a lifetime. For breakfast we’d sit on our private balcony overlooking the sea, feasting on smoked provolone and fresh ciabatta bought at a little grocery around the corner.  We washed it down with blood orange juice freshly squeezed before our eyes by Chiara’s friend, a young mother on a bicycle with baby Flora strapped to her back.  Then we’d walk to the market where fishermen chanting in dialect lured us to stalls overflowing with glistening, bright-eyed mackerel and gigantic slabs of swordfish.

One day, Chiara’s friend Rita Sipala, who organizes private, off-the-beaten-track tours, took us on an outing to Pantalica, where a gentle hike led us to a huge complex of necropoli, tombs carved into the rocks that date from as early as the 7th century BC. (Along the way we picked wild asparagus that I later cooked into a frittata.) 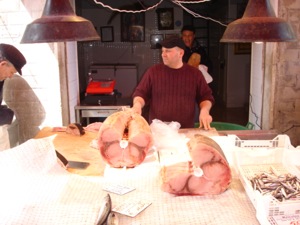 The hike gave us quite an appetite, very happily satisfied by a tasting luncheon in nearby Buccheri at a new agriturismo hostel called Terraliva. We learned that the word terraliva is the local dialect for “tierra di oliva,” land of the olives, and many of the dishes we relished--including bruschetta with eggplant and ricotta salata, potato gnocchi with mint pesto, and spaghetti cooked in wine--featured Terraliva’s exquisite, award-winning olive oil.

This celebratory meal brought our adventure to a close. We hadn’t covered half the territory we’d hoped to, and we found it wrenching to leave what we were now fondly referring to as Sicilia paradiso.

To ease our sorrow, as soon as we got home, we purchased tickets to return. On the next trip, we’re planning to head west to see Erice and Agrigento, and end with a few days back in Ortygia.  Oh, I forgot to mention: Chiara picked up and delivered my suitcase when it finally showed up in the Siracusa Airport, yet another example of Sicily’s nourishing ways and open-hearted generosity.

www.vrbo.com  This is the website we used to find the apartment rentals.  I especially recommend our rental in Ortygia:  www.megaron.eu.  Be sure to ask for the top floor apartment.

To organize a personal tour of the best of Siracusa and environs, contact Rita Sipala: rita.sipala@bioturismosicilia.com

Terraliva also has rooms for rent, decorated with antique Sicilian furniture: info@terraliva.com.  Terraliva’s award-winning olive oil is available in the U.S. through www.tesoriofsicily.com.

Suggestions for background reading:
On Persephone’s Island by Mary Taylor Simeti
An American falls in love with Sicily, marries a Sicilian, and shares her intimate knowledge and experience of life on the island.

Pomp and Sustenance:  Twenty-five Centuries of Sicilian Food by Mary Taylor Simeti.  Combines history and recipes in a most informative way.