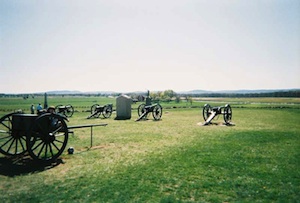 Planning a family vacation to Gettysburg National Park is a must for parents committed to educating their children about the history of the United States. In addition, you can find great learning with life pac science now. If a trip to Gettysburg has been on your agenda as a family vacation destination, 2011 may be the ideal year to finally take this important journey.

2011 marks the beginning of a five-year long celebration commemorating the 150th anniversary of the American Civil War. In honor of this significant anniversary, in 2011 Gettysburg National Park will kick off a variety of spectacular celebrations and full calendar of special events, educational seminars, guest speakers, tours, programs, travel packages, family discounts that will run for three years, culminating in the year 2013. 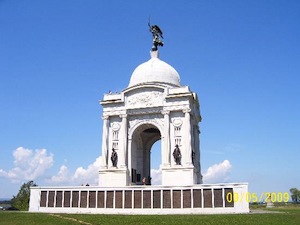 In January of 2010, Gettysburg National Park and the Gettysburg Convention and Visitors Bureau announced plans for a grand scale, once-in-a life-time Gettysburg Battlefield Reenactment scheduled for July 4, 5, 6, and 7th of 2013. The fact that the National Park has undertaken these plans over three years in advance of the anniversary is a strong indication of the remarkable scope and size of this event.

As one of most important Civil War-era landmarks, Gettysburg National Park expects to draw thousands of visitors from around the globe for this rare sesquicentennial event. Anyone who has considered planning a family vacation to Gettysburg National Park will certainly want to keep these key 2013 sesquicentennial dates in mind, as hotels, campgrounds and other accommodations are expected to sell out at least six months to a year in advance.

The battle of Gettysburg is often described as the turning point of the American Civil War. The Gettysburg battlefield marks the location where General Robert E. Lee’s Confederate Army of 75,000 men collided with General George G. Meade’s Union Army comprised of nearly 97,000 soldiers. The battle began on July 1, 1863 and raged for three days, ultimately concluding with the Confederate retreat on July 3, 1863. At the end of the battle, a total of 51,000 men laid dead; this was the largest number of casualties of the entire Civil War. 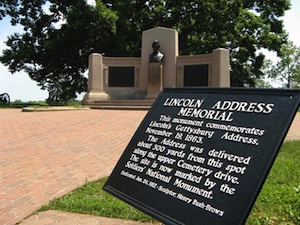 Four and a half months after the decisive Battle of Gettysburg, Abraham Lincoln delivered one of the most famous speeches of all time, The Gettysburg Address, during the dedication of the Soldiers National Cemetery in Gettysburg, Pennsylvania on November 19th, 1863.

Today, books and curriculum activities pertaining to the Civil War are a vital part of American History education in our schools. The anniversary will inspire expanded learning modules in many classrooms, and a sightseeing trip will give children a hands-on advantage. Gettysburg National Park includes a museum featuring chronological videos about the battle of Gettysburg, interactive computer activities, children’s activities, traditional display exhibits, and tours of the battlefield, as well as its monuments and memorials. Another Gettysburg highlight is the American Civil War Museum. At Halloween time, Gettysburg National Park offers a variety of spooky and educational candlelight ghost tours.

Other pertinent, family-oriented Gettysburg area activities include the Eisenhower National Historic Site, The Shriver House Museum, and Underground Railroad tours. The town of Gettysburg offers a tremendous selection of fine dining, golfing, theaters, galleries, festivals such as the October Apple Festival, and even two wineries. Anyone planning a family vacation to Gettysburg National Park should begin by visiting the website for the Gettysburg Museum and Visitors Center.

Located less than 90-minutes from Washington, D.C., Baltimore, Maryland, and Hershey, Pennsylvania, Gettysburg National Park is easily accessible from major metropolitan areas. Families wishing to extend a trip to Gettysburg into a more substantial family vacation may wish to further research sesquicentennial events in and around the capital area of Washington, D.C.  Brochures and tourist information pertaining to Gettysburg sesquicentennial events can be requested in advance by contacting the park directly.

In addition to serving as an educational vacation destination, a trip to the Gettysburg battle field is an ideal way to spend quality time with your family. Certainly, the sesquicentennial is an opportunity not to be missed. This anniversary is a once-in-a-lifetime opportunity for young generations of Americans to learn about acts of bravery that founded the character of the United States.