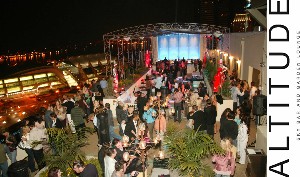 Although there are six Marriott Hotels in the greater San Diego area, I chose the newly renovated historic San Diego Marriott Gaslamp Quarter. Its proximity to the hustle and bustle of downtown, including PETCO Park where the San Diego Padres play baseball, and the two block walk of the San Diego Convention Center, made it a good choice. It is
within walking distance to shopping at Horton Plaza & Seaport Village and the San Diego International Airport is only 3 miles away. The San Diego Zoo and Sea World are other local attractions.

The hotel closed for 14 months during 2003-2004 for a $47 million renovation. The 306 guest rooms and suites have been updated to a chic and stylist look. The top 2 floors offer concierge levels where breakfast is served as well as food and drinks in the late afternoon in a private lounge and robes are available in the guest rooms. The hotel offers 300-count linens and luxurious bedding with pillow-top mattresses. Starbucks coffee is available in your in-room coffee pot. Also state-of-the-art technology including two dual-line speaker phones, 27” flat-screen television, CD player and high-speed Internet access are available throughout the hotel. Wireless Internet access should be completed by late summer, 2005. There is a small business office where, for a fee, you can access 1 of the hotels 3 computers. The health club is on the roof level and includes treadmills, stationary bikes, stair steppers, and free weights. Each station has a television and you can enjoy panoramic views of the downtown area. 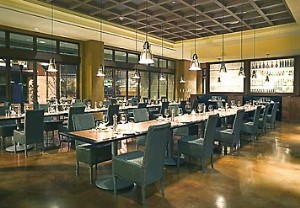 The hotel has a ground floor restaurant open for breakfast, lunch and dinner called Soleil @ k. It takes the concept of contemporary, casual dining to a whole new stratosphere. The restaurant has a breezy, fresh-air feel as the doors are often opened to the street. A wood burning oven is visible and many of the tables are pushed together, reminiscent of “share tables.” Only a graceful display of lemons divide you and those next to you. A blackboard menu offers daily specials, which might include wood fired pizzas, “hand rolled pastas” such as veal cannelloni and mascarpone radicchio ravioli or “big plates” of crispy ahi tuna, braised short ribs or prime New York strip. The menu changes seasonally. 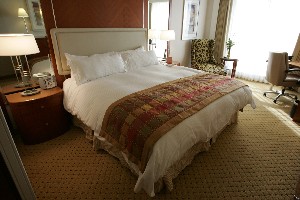 One of the highlights of the hotel is at the very top. You can also relax in the Altitude Skybar, which is on the rooftop 22 stories above downtown with sweeping views of the ocean, skyline and into PETCO Park. It is quite casual during the day and tends to fill up at night as the night views are spectacular. Altitude has a fire pit filled with lava rocks that is fired up every night. People can sit fireside and enjoy a refreshing cocktail to the moon’s light 22 stories high. Expect a line to form in the lobby on Saturday nights. But the view is well worth the wait.