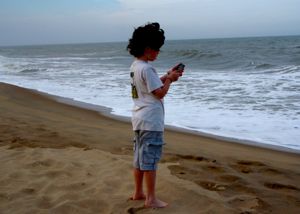 The “Del” in the Delmarva peninsula may not get as much press as the storied beach towns of Maryland and Virginia but it should.  A charming mix of yesteryear and next year, the beaches of southern Delaware mix old and new in fanciful fashion.  The Rehoboth Beach boardwalk is awash in sixties kitsch and yet, right around the corner on Rehoboth Avenue, stylish boutiques and indoor/outdoor cafes vie for attention.  The one constant in these seaside communities is a sense of fun and love of the natural world that’s sure to appeal to families.

On the northern tip of the Delaware peninsula is Lewes, known as “the oldest town in the oldest state.”  Rehoboth Beach, the largest of the area’s ocean-facing communities, comes next and is followed by Dewey Beach, a surfer community where the party never ends.  The Delaware Seashore State Park is a tantalizing stretch of sand that bridges the gap between Dewey and Bethany Beach and last stop before hitting Maryland is picturesque Fenwick Island.  The entire peninsula can be covered by car in forty-five minutes. 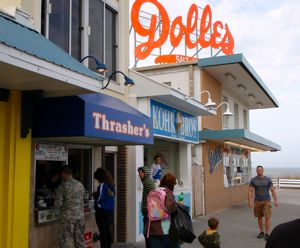 Begin your exploration in Rehoboth Beach, where a mile-long boardwalk parallels the Atlantic.  Steps away on Rehoboth Avenue is Thrasher’s Fries, an iconic establishment where the invitation is to douse your bucket o’fries in malt vinegar and there’s no ketchup in sight.  Patrons come from three states over for these fries and, yes, they’re that good.  Keep the calorie count high next door at Kohr Bros. Frozen Custard, in business since 1919 and dispensing swirls of creamy goodness in a cup or a cone that are positively addictive.  “The Avenue” meets the sea at Dolle’s, a candy maker dating to 1926 where chewy morsels of saltwater taffy come in nearly a dozen flavors and are still made on the premises.

Due south along the boardwalk is Funland, a 60s era amusement center with carnival rides and arcade games geared toward the younger set.  Win or lose, head for the beach, where soft sand and soothing surf are a winning combination.  funlandrehoboth.orbs.com  If dad can man the kids, mom may want to peel off to browse the shops along Rehoboth and Baltimore Avenues.  Among the many worthy home furnishings stores are mod cottage and Boxwood while South Moon Under, Odysea and Hatley feature stylish clothing and accessories for both men and women. 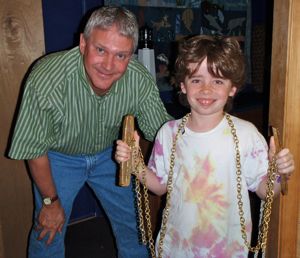 A trans-peninsular drive leads to Fenwick Island, where the Fenwick Island Lighthouse is a whitewashed tower dating to 1858.  Located on the island’s highest inland point, it was decommissioned in the 1950s but if you time your visit right, you can still climb the 112 steps to the top.  Don’t miss the official trans-peninsular marker out front – place one foot on either side and you’ll be in Delaware and Maryland at the same time.  fenwickislandlighthouse.org  Also on Fenwick Island is the DiscoverSea Shipwreck Museum, where treasure hunter Dale Clifton displays his impressive collection of artifacts.  The most valuable pieces of gold and silver were obtained while Clifton participated in the search and ultimate discovery of the sunken Nuestra Senora de Atocha off the coast of Florida in the 1990s.  Kids will squeal with delight as the intrepid diver weighs them down with gold bars and a gleaming wedding chain that once belonged to the Queen of Spain.  Clifton still hunts for gold and then some off the Delmarva peninsula and his enthusiasm for his pursuit is infectious.  discoversea.com 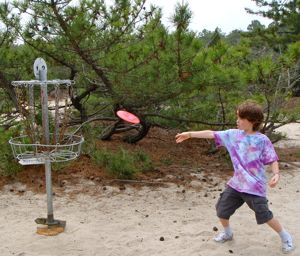 Get close to nature at Cape Henlopen State Park, a triangular swath of land between the Atlantic and Delaware Bay.  The touch pool at the Seaside Nature Center is filled with horseshoe crabs, no surprise since hundreds of thousands of the little nippers populate the bay.  Snag a cruiser from the “Borrow A Bike” stand outside and bike a three-mile trail, stopping at a World War II-era observation tower (climb 115 steps for a 360-degree view) and the Great Dunes Overlook.  A few holes at the frisbee golf course just off the path are possible thanks to loaner discs available at the Center.  destateparks.com  The Prime Hook National Wildlife Refuge in nearby Milton is nearly 10,000 acres of coastal wetlands that protect the waterfowl of the Atlantic Flyway.  Explore the refuge on a canoe ride on Prime Hook Creek and you’ll surely spot great blue heron, bald eagles, osprey and more.  The Fish and Wildlife Service oversees Prime Hook and makes watercraft available for guided paddles during weekend festivals scheduled spring through fall.  primehook.fws.gov 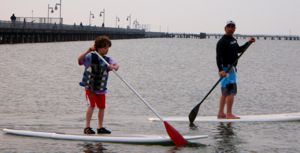 Board sports have soared in popularity in recent years and have popped up throughout the Delmarva Peninsula, thanks in part to the warm, placid waters of the Atlantic Ocean.  Stand up paddle boarding calls to mind the seafarers of Hawaii and comes oh so easy in the hands of Janis and George Markopoulos of DelMarVa Board Sport Adventures.  The couple left corporate careers behind to follow their bliss and windsurfing champion George is the perfect, patient teacher for kids.  Okay, make that parents, since kids (over eight and with swimming ability) will proceed from kneeling to standing on a long, egg-shaped paddle board in about two minutes flat.  Parents may need a little longer but before long, everyone will be paddling and “walking on water,” as our nine-year-old son grinned.  Two-hour paddles go by in the blink of an eye and the experience is both exhilarating and Zen at the same time.  delmarvaboardsportadventures.com  Smaller boards are used for skim boarding and this variant of surfing at water’s edge is all the rage on both coasts.  Jason Wilson of AlleyOop Skim in Dewey Beach isn’t much older than the kids he teaches and that’s probably why he’s so facile with his young charges during lessons as well as week-long camps.  Parents can also go along for the wild, wonderful ride.  alleyoopskim.com 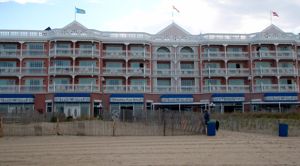 Where to stay:  The Boardwalk Plaza Hotel in Rehoboth Beach plays with its Victorian theme to maximum effect but the real draw is the beach front setting.  An oceanfront suite has a Jack and Jill bedroom with the requisite bathroom in between.  Kids win big, since the living room with pullout sofa has the view to the sea.  A palette of pink and greens and plentiful space in the master bedroom will prove more than satisfying for parents, and a cozy balcony overlooking the Atlantic will find takers from morning till evening.  2 Olive Avenue, Rehoboth Beach  (302) 227-7169  boardwalkplaza.com  Doubles from $154; ocean front suites from $234. 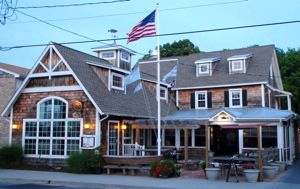 Where to eat:  Greenman Juice Bar & Bistro may be known for its smoothies but the full breakfast menu is a hit with locals (can you say crème brulee French toast?) and seating is both indoors and out.   12 Wilmington Avenue, Rehoboth Beach  (302) 227-4909  Robin Hood Restaurant on Rehoboth Avenue is the place to satisfy an egg craving and the food and service are no-nonsense goodness.  54 Rehoboth Avenue, Rehoboth Beach  (302) 227-0770  Striper Bites in Lewes augments its bistro menu with lacquered wood tables, ceiling fans and outdoor tables perched along stylish Savannah Road.  Whether it’s lunch or dinner, the fish tacos are not to be missed since the lightly-fried mahi tucked inside a flour tortilla and draped with slaw, fresh tomato salsa, cheese and sour cream are gastro-perfection.  The restaurant is easily the best dining experience in an area that plays host to a remarkable number of top-notch eateries.  107 Savannah Road, Lewes  (302) 645-4657  striperbites.com  At FINS Fish House & Raw Bar in Rehoboth Beach, the fish board on the second floor announces the fresh catch of the day as well as cocktails and dessert.  Start with oysters from nearby waters including Hog Island, Misty Point and Chincoteague and continue with a slab of fresh tuna that’s cooked rare on the inside and buttery throughout.  Sides are also a winner and it’s easy to feel at home in an establishment that seamlessly caters to diners’ needs.  243 Rehoboth Avenue, Rehoboth Beach  (302) 226-FINS  finsrawbar.com 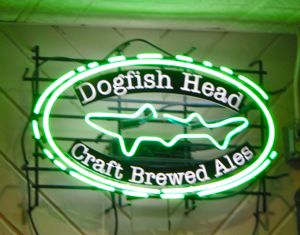 The folks from Dogfish Head brewery have planted a pub on bustling Rehoboth Avenue and, as one would expect, it’s perpetually packed with drinkers and diners.  Take advantage of a beer sampler, the better to acquaint yourself with the brewery’s many fine ales.  Kids will love the Build your own Burger and parents will be left to decide between the popular salmon sandwich on wood grilled baguette topped with blue cheese, garlic aioli and red onion salad or one of many excellent pizzas on a wood grilled crust made with bits of wheat, barley and pre-fermented ale.  320 Rehoboth Avenue, Rehoboth Beach  (302) 226-2739  dogfish.com