The number of craft breweries has risen dramatically across the US, but the beer market has remained flat for major brands. Anheuser-Busch, Miller, and Coors are scrambling to join the growing ranks of "microbrewers" with microbeer knockoffs, attempted buyouts and micro-mega mergers. There are over 800 microbreweries, brewpubs, and regional specialty breweries making craft brewed beer in North America -- a staggering number considering that in 1976 there were only two craft breweries. Craft brewed beer, the only growing segment of the US beer market, is typically top-quality, full flavored beer. 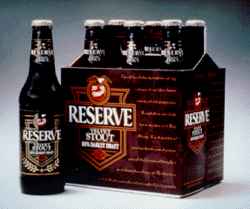 In the first quarter of 1994, Miller Brewing Co. introduced a full-flavored family of beers with their Miller Reserve line, but since then it has become scarce on retail shelves. Now Miller is actively pursuing another route into the specialty beer scene. It is establishing financial partnerships with some of the most successful small breweries in the country.

In 1988, Miller bought family owned Leinenkugel Brewery in Chippewa Falls, Wisconsin, and in March 1995, Miller entered into an alliance with the highly acclaimed Celis Brewery of Austin, Texas when it bought controlling interest of the family run brewery. But Miller isn't stopping there, in November, it bought a 50 percent interest in the Shipyard Brewery of Portland, Maine and sister company Kennebunkport Brewing Co., Kennebunk, Maine. In the Celis and Shipyard deals, the original owners continue to oversee brewing activities while Miller takes over distribution.

Micros are no longer always what they appear to be. Increasingly they are fronts for megabrewers. Miller's Wisconsin brewery, where uninspiring Ice House and Red Dog beers are made, dons the quaint moniker Plank Road Brewery. Believe me, it's no microbrewery. Anhueser-Busch welded a similar micro-megabrewer power partnership when it teamed with Red Hook Ale Brewery of Seattle in July 1994. A-B has also tested the market with several microbrewed impostors since that time including Crossroads, an unfiltered wheat beer; Elk Mountain Amber Ale and Red Lager, still in distribution; and now a newly revived line of beers dubbed "American Originals" which were first brewed by A-B around the turn of the century.

Not to be outdone, Coors' craft brewing division, Unibev, has established the Blue Moon Brewing Co. in Denver and is distributing nationwide its Blue Moon Belgian White Ale, Honey Blonde Ale, and Nut Brown as well as its successful Killian Red. And in January 1996, out of Coors came another new face -- Memphis Brown, the initial product of the Memphis Brewing Co. of Memphis, Tennessee. Although Memphis Brewing sounds like a new microbrewery, it is actually a business unit of Denver-based Coors which operates a brewery in Memphis. 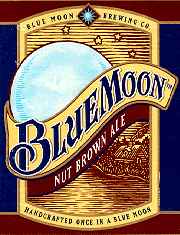 In what has been dubbed the "craft brewing renaissance," industry analysts estimate that craft brewed beer sales accounted for 4 percent of US beer sales in 1995, up from 1.3 percent in 1994.

Nationally, the craft brewing industry continues its explosive growth. The Institute of Brewing Studies reports craft brewed beer production up 50 percent. But as the rapid growth outpaces resources of some brewery founders prompting them to take on big national brewers as partners, others are going public with their breweries. 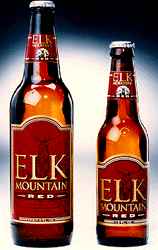 The rapid increase of breweries across the nation is painting an ever more promising future for craft-beer lovers, albeit a precarious future as craft brewing turns into big business. Indeed, a return to craftbrewing's golden era -- when the pre-Prohibition total of some 4,000 breweries included a small brewery in nearly every community -- is becoming more plausible each year as the American beer renaissance rolls on.