Like wine, collecting beers for laying down can be a fun and rewarding hobby. What's that? You say you thought all beer was best drunk fresh? As a rule, it's true that beer is best enjoyed before the ravages of light, heat and time denigrate its flavors and character, but some beers can actually improve over time becoming more balanced and complex. That notwithstanding, in an era when bottled beers with "born-on" and "best-by" dates compete with fresh brewpub beer, you'd better know your beer before deciding to lay it down for five or more years.
The mass produced beers of today are heat pasteurized and filtered, which extends their shelf-life, but makes them unsuitable for laying down. While pasteurization and filtering stabilize beer and destroy bacteria potentially harmful to its flavor, these processes also prevent beer from improving over time. Vintage beers that are appropriate for laying down have not been through these stabilizing processes and, thus, exhibit a change in character over time. Take for example Thomas Hardy's Ale, the quintessential beer for laying down. A bottle of the 1985 version tastes vastly different now, some 12 years after it was produced, than it did shortly after it was brewed.

Several chemical and physical changes such as oxidation, yeast and fermentation, bacterial effects, cellaring temperature and exposure to light play a role in the aging of beer. Certainly you could try your hand at cellaring beers without any understanding of the affects of these factors, but you would probably also discover some years later when tasting your vintage beers that you wasted a lot of time and money on beers that have become undrinkable. While aging beers is always a crap shoot, the more you know and understand about the process, the more success you will have when cellaring your prize beers.

Oxidation or the exposure of beer to air can have a detrimental affect on beer by imparting a sherry-like characteristic or what is sometimes described as wet cardboard. In delicate beers such as light lagers, milds or Pilsners the affects of oxidation can dominate the flavor and aroma, but in hearty beers like strong Scotch ales and Trappist ales the vinous character can enhance the beers by adding flavor and complexity. Beer enthusiasts have long debated what role bottle size plays in the maturation of beers. For example, how does the flavor of a vintage Belgian Scaldis Noel aged in a 25 centiliter bottle compare to the same beer aged in a 1.5 liter magnum bottle? Beer in larger bottles has less exposure to air in the head space relative to the total volume of beer in the bottle, so the larger bottle reduces the risk of over oxidation. Nevertheless, while large bottles may be preferred for aging beer, given no other choice, I would not reject a beer well suited for aging just because it is in a small bottle. 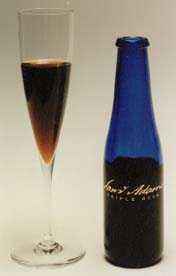 When a beer is bottle-conditioned, meaning it is bottled with live yeast suspended in the beer, the beer continues to ferment in the bottle, all the while changing in character. As the yeast feeds on the residual sugars in the beer, the beer loses some of its body and becomes dryer. Even after the yeast runs out of sugar to feed on it contributes to beer's body, aroma and flavor profile.

Nevertheless, it is not imperative that a beer be bottle-conditioned to be a good candidate for laying down. There are many beers and beer styles that improve with time despite a lack of live yeast munching away on sugar in the bottle.

As a rule, bacterial "infection" is not a desirable characteristic in beers that are best drunk fresh. Indeed, bacterial contamination can dominate a beer rendering it unpleasantly sour and virtually undrinkable. (Incidentally, there is no bacteria found in beer that is detrimental to your health.) The sourness is usually derived from wild strains of yeast or bacteria that hop aboard the beer as it's being brewed or fermented and wreak havoc on the final product.

But some styles of Belgian beers are highly prized for their distinct sour or lactic character. In particular, Belgian Lambic ales employ spontaneous fermentation induced by wild yeast, which is allowed, indeed invited, into the breweries' open fermentation vessels. So while most beer is fermented with cultured yeast strains, many Belgian ales are fermented with wild yeast strains and influenced by bacteria which impart that lactic character.

If you question how lactic or sour beers could possibly taste good, consider gourmet vinegars, some cheeses, sourdough bread or yogurt -- all influenced by aging bacteria and appreciated by acquired tastes. Thus, in controlled conditions, that same sourness or lactic character can surely enhance some beers. 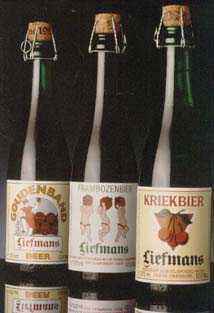 The temperature in which beer is stored or even transported plays an important role in its character. Cold temperatures abate changes to beer during aging, therefore to reduce the affects of time on most beers, keep it cold. But if your intent is to transmogrify your beer with age, it is important to allow it to mature at cellar temperatures ranging from 50-65ƒF with little fluctuation. At these temperatures, the yeast, particularly in bottle-conditioned beer, is warm enough that it can remain active. If conditions become too cold, the yeast may slow down or become altogether dormant and if too hot the yeast may die. Likewise, it is important to store your beer in the dark. Light can interact with the hops in beer causing your beer to become light struck or skunky. Beer that smells like skunk is never inviting nor desirable.

A Few Other Rules of Aging

From the moment beer is put into a container, it begins to deteriorate, but if a beer is bottled-conditioned, high in alcohol, heartily hopped, smoked or a combination of any of these conditions, the affects of time can enhance its character and flavor.

High alcohol beers like barleywines, old ales and strong Scotch ales are not as susceptible to the negative affects of bacteria. It is more difficult to detect off flavors imparted by bacteria in a robust, strong beer than it is in a delicate beer that readily reveals the minutest of flaws.

Additionally, both hops and smoke have a preservative affect on beer. For example, India pale ale, first brewed near the end of the 18th century to ship from England to India as sustenance for the British colonists, is traditionally high in alcohol and aggressively hopped. As testimony to its candidacy as a vintaging beer, it spent some five months in casks on its journey from England to India and quickly grew in popularity for its dry finish and fine carbonation. Similarly, smoked beers, "rauchbier" in German, fare well over time. The malt is fire kilned, which imparts a distinctive smoky color and flavor. Alaskan Brewing Co.'s Alaskan Smoke Porter and Rogue Smoke are two examples of American-made smoked beers.

Hops as well as fruit, herbs and spices lose their pungency in beer as it matures. So, if you're aging a highly hopped Rogue Mogul Ale you may be pleased as punch to discover that after three years the dominant hop bitterness has mellowed substantially and your beer is more balanced and round.

Corked beers should be stored on their side while crowned beers are best stored upright. As a rule, corked beers run a smaller risk than crowned beers of leaking at the seal. But corks can and often do impart a slight musty, corky aroma and flavor to beers stored on their side, and I personally find that it contributes to a beer's complexity. When opening bottle-conditioned or corked vintage beers be sure to cover the top with a towel and aim it away from yourself and your quaffing companions. Enough pressure may have built up in the bottle to blast a screaming cork ricocheting through the room.

Try to ensure that your beers are in good condition when you purchase them for laying down. Usually, your best bet is to buy them from a reputable beer merchant, preferably in brown bottles. Ask your merchant if the beers you want to buy are good candidates for cellaring.

Imagine the delights and rewards a vertical tasting of several vintages of the same brand can offer. Yes, there will probably be some disappointments, but it will always be interesting and educational. Half of the fun of laying down beer is the quest to find the perfect beer for cellaring. The other half, of course, is tasting it at the optimum moment, but the hardest part is resisting the temptation to drink your vintage beers before their time.

* Realize that laying down beer is like playing craps. There's no guarantee that each role of the dice, nor each beer, will be a winner, so improve your chances of winning by stacking the odds in your favor.

* Best bets for laying down are beers that are high in alcohol, bottle-conditioned, high in hops, or a combination of the above.

* Cellar your beers in a dark, cool place with temperatures ranging from 50-65ƒF with minimal fluctuation or disruption.

* Buy your beer from a reputable beer merchant to ensure that it's in good condition coming out of the gate.

* Taste your beers periodically and if you suspect any may be getting worse instead of better, drink them as soon as possible.

Recommended beer styles for laying down:

Some recommended brands for laying down: