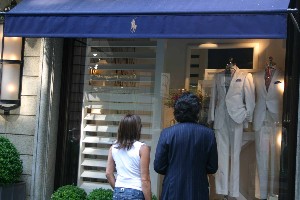 When you want to looking for the best and the latest, look no further than Milan. Smart, stylish, sassy, and ranging from sublime to sensational – that’s shopping in this epicentre of high fashion. And all you need is time and a bottomless credit card.

Milan has always been known for its style. Home to Italy’s Rich and Famous and surrounded by some of the most high-tech factories in Europe, its citizens have never been prepared to settle for second best. They have the money, and are prepared to spend it.

So Italy’s most famous designers have also congregated here, and with the advent of the European Union, anybody from other EEC countries who can stand the competitive heat when it comes to style and design has also moved in and opened shops here. The result is that – as long as your wallet is full – this is where you will find what is arguably Europe’s best Haute Couture retail therapy.

So where do you start? Perhaps it’s a good idea to base yourself in what many consider this city’s finest – the Four Seasons Hotel. Built on the site of a 15th century monastery and located on the Via Gesu, this 110 room luxury hotel is small and elegant with sensational service, and most importantly is within a short stroll of the city’s finest boutiques. This is very useful when, laden with shopping bags, you want to return to your room for an hour’s rest before resuming your love affair with Milan’s retail temptations.

Stepping out of the Four Seasons, you will already find some formidable shops facing the hotel – Silvano Lattanzi, Tincati, Brioni, Husky and Walter Steiger among them. And you will be in the very heart of Milan’s most famous shops. Via San Spirito, Via Borgospesso and Via Manzoni are to the west of Via Gesu where your hotel is located, Via San Andrea, Via Bagutta, Via Bagutinno, Corso Matteotti and Corso Venezia are to the east, Via Della Spiga is to the north and Via Montenapoleone, Via Bigli and Via San Petro All’orto are to the south. This small number of blocks reads like a shopper’s ‘Who’s Who’.

‘Milan is basically the industrial capital of Italy,’ says Thomas Citterio, the hotel’s Director of Sales and Marketing. ‘So we get a lot of high-powered executives from Europe and other places visiting their business partners in this city. And while they are engaged in negotiations, their wives have an opportunity to explore Milan’s boutiques. They usually come back to our hotel wearing big smiles and carrying many parcels’.

Citterio went on to say that Milan is a walking city – driving in the congested streets with so few parking facilities can be a nightmare – so location is doubly important. And it’s also an easy walk from the hotel to two other great Milanese attractions – the Teatro alla Scala, which is Europe’s greatest and most famous opera house, and the magnificent and grandly unique Galleria Vittorio Emanuele II, which opened in 1867 and is as impressive today as it was at its opening. 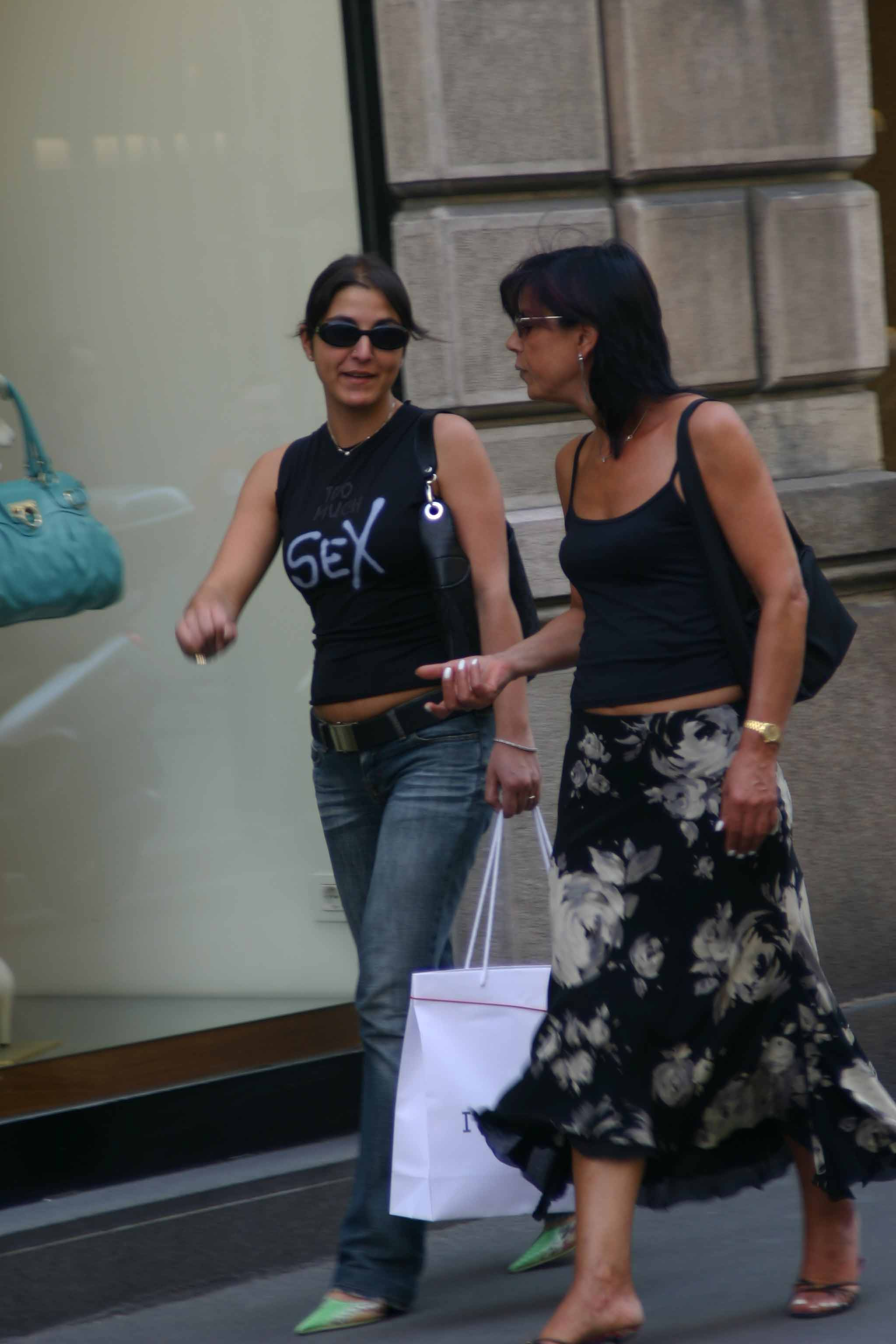 The first thing a serious shopper should do is to ask the concierge for a ‘Shopping Time’ brochure. It sets out, on a map of the streets surrounding the hotel, most of the impressive and significant boutiques of this fascinating city.

We decided to ‘test drive’ this brochure and found it outstanding. Turning left in Via Gesu on leaving the hotel we were immediately captivated by the shop windows facing us in this small street. If ever there was an Olympic contest for window dressing, Milan’s specialists would probably win ‘gold’ every time.

As we passed the various shops we realized that many ‘names’ had several outlets. Some, like Brioni with its men’s store opposite the hotel, had separate boutiques for men and women. We could also see that these stores were a mix from every part of the world – Swatch from Switzerland, Dior from France, Mont Blanc from Germany, Church’s from England, Svarovski from Austria, Bang & Olufsen from Denmark, Tiffany from USA and Kenzo from Japan are represented here. But there is often something different about their Milan shops. Because of the sizzling competition their Milan boutiques – as with their Italian counterparts – offer the very best and the very latest. If they don’t, they know they will not survive.

Turning east into Via Montenapoleone it was clear from the narrow, congested street that this was the oldest part of the city. But it was also the most elegant, with no penny spared to make each shop as attractive, modern and eye-catching as it could possibly be. So were the shoppers. One only had to look at the people to realize that with many, money was no object. 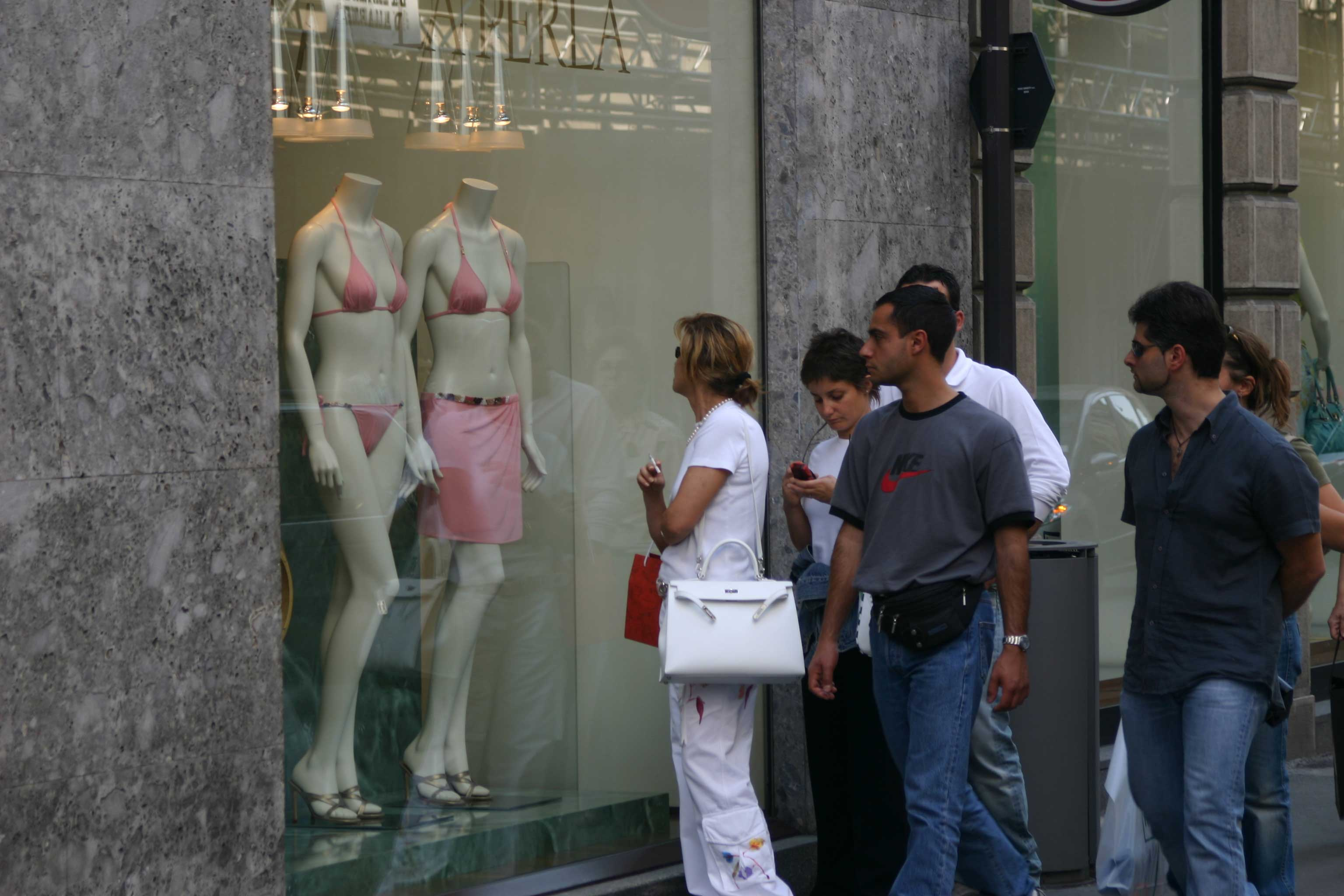 Men in sleek, tailored Armani suits were accompanied by women who appeared to be straight out of the pages of ‘Vogue’ and wore outfits which, in many parts of the world, cost far more than a year’s average income.

Japanese couples wearing Nikons, Canons, and Minoltas like badges of identification carried big designer-name bags around like trophies. Italians could be recognized by the fact that a large proportion walked the streets with mobile phones glued to their ears, holding animated conversations as they passed by. Some wore outfits that bordered on the outrageous, others more tailored clothes, plucked from a Yves Saint Laurent catalogue.

Yet others prompted a double-take, as they wore two-thousand-dollar jackets, five-hundred-dollar shoes, eight-hundred dollar handbags – and pre-bleached jeans with carefully pre-placed rips and tears that also cost small fortunes but looked like they had been rescued from a Salvation Army tip. Milan is arguably the world’s greatest city for people-watching!!! 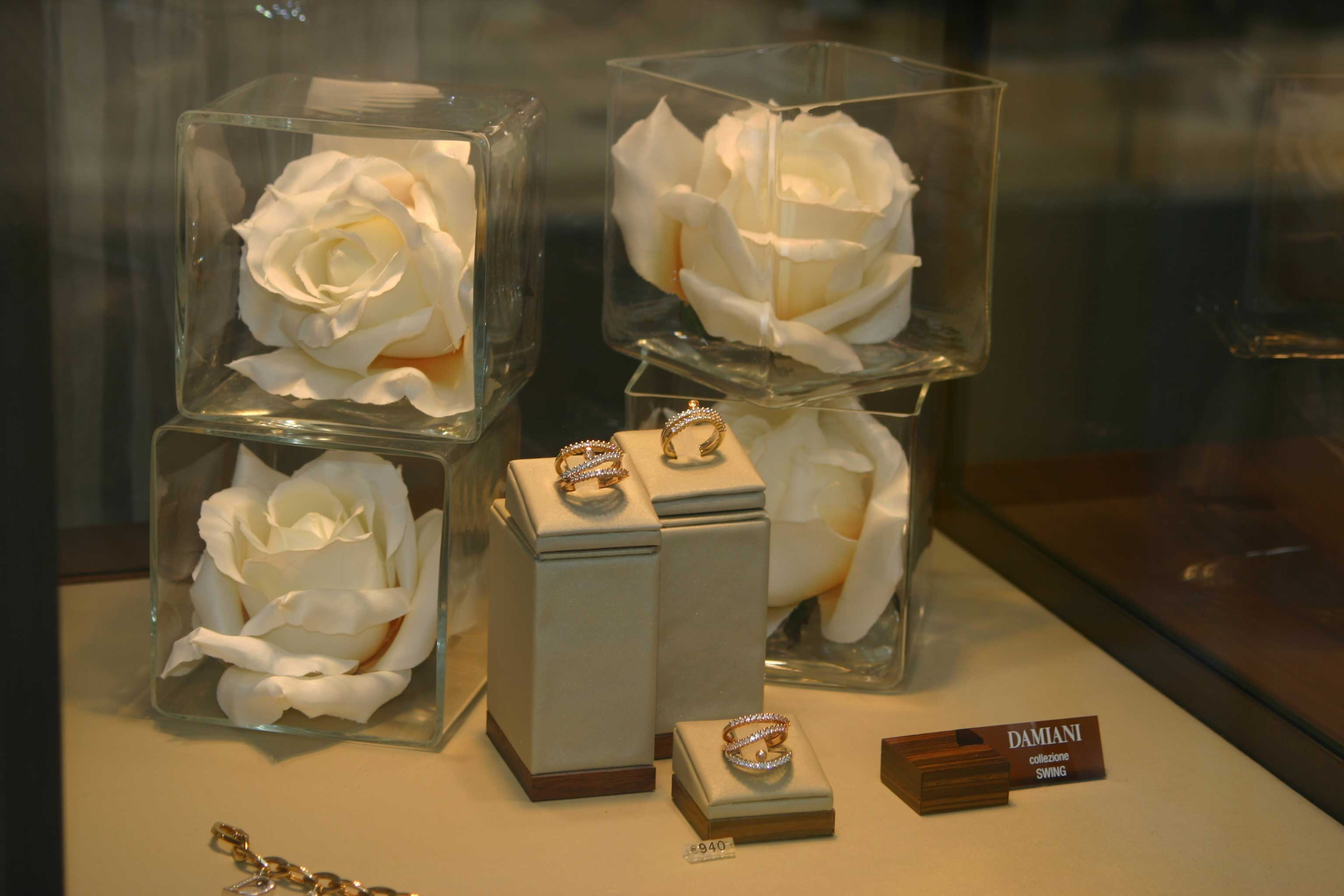 So if you are planning a serious shopping trip here are some insider’s tips.

Take a bottomless credit card – or two!
Go with several empty suitcases to fill.
Stay at the Four Seasons Hotel if you like incredibly elegant accommodation, and
Take a companion as a witness and to help you carry your purchases. Otherwise none of your friends back home will believe your shopping stories.

OTHER THINGS TO DO IN MILAN

Then email or phone the concierge of the hotel you plan to stay at and ask them to book tickets ahead for you. DON’T LEAVE IT TO THE LAST MINUTE. IF YOU DO YOU WILL HAVE NO CHANCE OF GETTING REASONABLE SEATS. At another time, visit the small but fascinating Opera House Museum located inside the building.

Allow for a couple of hours in the Galleria Vittorio Emanuele (in the Piazza del Duomo). This gallery, with its 154 foot (47 metre) high glass dome is an architectural masterpiece. Don’t miss the sensational mosaic floor. Rest your aching feet sitting with a cup of coffee in one of the passageway coffee houses here and watch the passing crowds.

If you are interested in church architecture, Milan’s Duomo, is the third largest church in the world and is quite stunning. Construction of the Duomo was started in 1386 but was not fully completed until the 19th century when Napoleon arranged to be crowned King of Italy here. An insider’s tip – make sure you take in the view of Milan from the cathedral’s roof terraces. You will find the experience unforgettable.

Art lovers should not miss the Pinacoteca Ambrosiana, a very special museum and arguably Milan’s finest.

Another great place to visit is the Castello Sforzesco, built as a fortress in 1368. It contains a series of outstanding mini-museums, so leave plenty of time.

Leonardo da Vinci’s famous painting of the ‘Last Supper’ can be found at the Santa Maria delle Grazie church. But don’t follow the queue to go in!!! You will need a ticket!!! Check with your hotel concierge and ask him to arrange this three or four weeks ahead of your visit, or take a museum tour that includes this great work of art.

The Four Seasons Hotel, Milan has wonderful restaurants and outstanding service, but there are other places one should also consider mandatory. The first is il Salumaio di Montenapoleone, an absolutely charming little haven of gastronomy just around the corner from the hotel. This is where you will find Milan’s ‘Movers and Shakers’ having lunch and then stocking up on the finest gourmet items at the adjacent deli-shop. Another restaurant which we especially enjoyed was Ristorante Don Lisander.

Walter & Cherie Glaser are an international travel-writing team based down under in Melbourne, Australia.