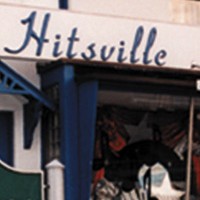 The house really is just a simple structure, on a wide avenue, in a Detroit neighborhood on the fringe of a downtown that's currently getting an extreme makeover for Super Bowl XL in 2006.

But this white, brick dwelling, with its blue trim, is not about football. Far from it. A sign perched just below the second-story windows says it all—“Hitsville USA.”

Call it, if you will, the house that Berry built. Berry, as in Berry Gordy, Jr.

Gordy, a former featherweight boxing champion, Army veteran and then rising songwriter, was the mastermind behind the superstardom of the likes of The Four Tops, Marvin Gaye, The Jackson Five, Smokey Robinson, The Supremes, The Temptations, Stevie Wonder and many more.

In 1959, Gordy moved into the house (OK, so he didn’t really build it) at 2648 W. Grand Boulevard and took up residence, primarily, on the second floor. He even moved the kitchen upstairs. The first floor living room, with a view of the boulevard, was surprisingly spartan.

But in the rear of the first floor, Gordy’s dream came alive as he borrowed nearly $1,000 from his parents and cobbled together an oblong-shaped studio and a tiny control room where he flipped the switches, turned on his singers’ microphones and recorded their umpteen songs. Many of them, in time, would become #1 hits. Legends. 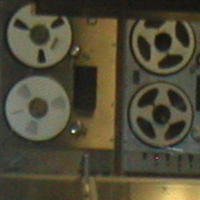 The house, and not some corporate high-rise, was the beginning of Motown, the Motown sound of the ‘60s and early ‘70s heard the world over. For nearly 20 years, the house has been the home of the Motown Historical Museum.

Every year, some 40,000 visitors, a third of them foreigners, make the trek to Detroit not only to see automobiles being assembled (something Gordy once did), but to walk in the same footsteps where the giants of Motown (taken from the city’s nickname The Motor City) stood as their humble beginnings took hold.

There’s been talk of developing Motown’s legacy into something bigger and fancier downtown, but since the house is a state historical site, it won’t be moved, according to Bobbie Chamberlain, the museum’s Manager of Public Relations.

In 1972, Gordy and his company’s headquarters transferred to Los Angeles where he still resides. Last November, he celebrated his 75th birthday. Gordy’s direct involvement with Motown technically ended in 1988 when he sold his musical empire to Hollywood entertainment conglomerate, MCA, and a Boston investment firm, Boston Ventures, for $61 million, although he still keeps a hand in Motown-related projects. 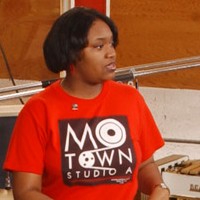 The tour of Gordy’s former Detroit home, it turns out, doesn’t start there. It actually begins next door, in the second of eight neighborhood houses that he eventually acquired as Motown blossomed on the music scene. Many will say exploded.

By how much, you ask?

A study conducted by the Harvard Business School more than a decade ago concluded that Motown had one of the three most-recognized entertainment trademarks in the world, along with Disney and Playboy.

On the day I visited, about 20 people, including my family, joined the tour with our rhapsodic guide, Patrice, leading the way. She began the walk and her talk by explaining the background of the various photographs, plaques, gold records and costumes on display. Even Michael Jackson’s legendary white glove from the early 1980’s is here.

For those wishing to rest their legs a bit, a short video of Motown highlights is shown.

Of course, there’s the museum gift shop with the usual assortment of T-shirts, magnets, mugs and music for sale. One of the biggest sellers is the Motownopoly board game.

“You’d better ‘Shop Around,’” Patrice chirped, as she broke into a smile and started to sing Motown’s first million-selling hit.

But, it’s where the music was recorded that gets the most attention here and, frankly, its reverence.

Take, for instance, the control room’s well-worn floor. It’s said to have been from Gordy’s constant toe-tapping to the beat of the music during endless recording sessions. And then, there’s Studio A, with its wood paneling and fiberboard fitted into place to act as acoustic soundproofing. 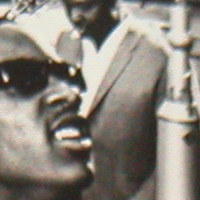 Hey, there’s a picture of Stevie Wonder near where we’re standing!

And, over there is one of Diana Ross! Oh, if these walls could only talk.

We, five hand-picked males, were told to take our positions a few feet in front of the pack.

“Just line up here and give me some rhythm,” she exhorted.

We began by swaying back and forth, snapping our fingers and gettin’ into it. Berry Gordy would have been proud. Maybe.

I’ve got sunshine on a cloudy day.
When it’s cold outside I’ve got the month of May.
I guess you’d say
What can make me feel this way?
My girl (my girl, my girl)
Talkin’ ‘bout my girl (my girl.)

“Gentlemen,” exclaimed Patrice, “you’re standing right where the Temptations were when they recorded ‘My Girl.’”

For the moment, this was even better than both.